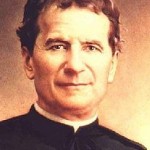 School Resources for the visit of the relics of St. Don Bosco can viewed here

John Bosco was born on 16th August, 1815, to the east of Turin in Italy. From a very early age he decided that he would dedicate his life to helping young people. He was ordained in June, 1841, and began his work for the poor youth of the city of Turin.

Back in the early decades of the 1800′s social problems abounded in the city of Turin and its surrounding areas. The industrial revolution had begun and many young people were flocking into the city looking for work in factories. They were often used as cheap labour, and there wasn’t work for everybody and many were disappointed.

Money was scarce, accommodation was dreadful and crime escalated. The prisons were filled with boys and young men in particular. Only the elite could afford education and in 1848 there were, in the city of Turin, 30,000 illiterate young people – about 40% of the population.

Into that situation came John Bosco. Part of John’s work as a priest was to visit the prisons around Turin. Here he experienced first-hand the misery of many vulnerable teenagers. Their plight made a deep impression on him. He knew something had to be done about the situation. But what and how?

He adopted a novel approach. He mixed with the roughest of young people. He played cards with them in pubs and invited them to be his friends. This scandalised many of his fellow priests. Some of them actually thought his behaviour so insane, that on one occasion, they tried to commit him to an asylum. Overcoming problems and prejudices took time.

The Mission of Don Bosco

However, his unique ability to be at ease with the young who were homeless, illiterate and in need, spurred him on. He progressed from Sunday catechism classes in a local-field, to a daily trade school in an adapted shed. Young people flocked to him for education and shelter. He fought for the rights of and proper working conditions for, apprentices. His fame and his work spread. People began to see John Bosco not as someone deranged, but as an extraordinarily holy man. He was making the seemingly impossible, possible.

As his work grew many young men came forward to help him. They became the first members of his religious congregation known as ‘Salesians’. These young men became the core group who would further his work. Many lay people including his mother ‘Mama Margaret’ also came to help in his work. Currently, there are over 400,000 lay people working as part of the wider Salesian family. John, with the help of Mary Mazzarello, later founded the Salesian Sisters to work for girls.

Why the name Salesians?

John Bosco had a great admiration for St Francis de Sales (1567-1622). Francis, who was born near Geneva, was patron saint of Piedmont and Savoy and much loved by John Bosco. He admired his joyful, optimistic spirituality and simplicity of life. St. Francis used a simple metaphor to sum up his work when he said: ‘you catch more flies with a spoonful of honey than a barrel full of vinegar.’ In other words: Love is stronger than violence or force of any kind.  Because of the gentleness of his approach, he chose him as a patron of the Congregation, hence the name Salesians.

Francis and Don Bosco both knew that ‘all starts from Jesus’ and ‘all leads back to him’. Love is the beginning, love is the end, love is the way. John Bosco’s work and message spread throughout the World. He himself worked tirelessly throughout his life for the young people of Turin and beyond until his death on January 31, 1888 at the age of 73.

In 1934, Pope Plus XI canonized St. John Bosco as saint of the Catholic Church. And in 1988 Pope John Paul II called him “Father and Teacher of Youth.” 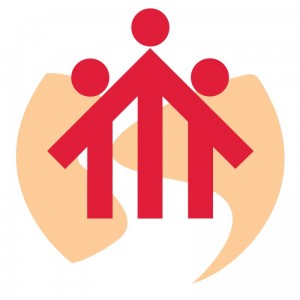 For You To Do:

Discuss or write a reflective piece on how the logo reflects the life story and mission of Don Bosco.

For Reflection and use in a Discussion on the Salesian Logo

a)      Don Bosco used his first Oratory or place of refuge for young boys as a model for all Salesian mission work in the world…for the youngsters it was a home that welcomed, a parish that evangelised, a school that prepared them for life, and a playground where friends could meet and enjoy themselves”

b)      It had been said that if you come on somebody who is dying of hunger, instead of giving him a fish, teach him how to fish. But the contrary is also true: If you come upon somebody dying of hunger, give him a fish so that he may live long enough to learn how to fish…From the beginning Don Bosco and his Salesians have tried to offer young people a balance between food, accommodation, education in Catholic faith, professional training and work protected by a legal, binding contact with employers.