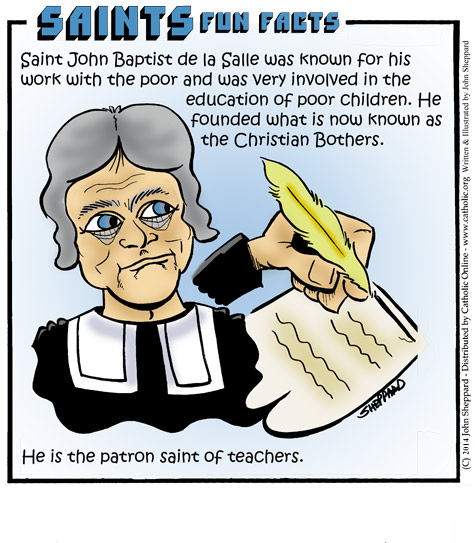 John Baptist de La Salle is the Founder of the Brothers of the Christian Schools. He was born in Reims, France on April 30, 1651. At a very young age, he wanted to become a priest and became canon of Reims Cathedral when he was just sixteen. He was ordained a priest at the age of twenty seven, on April 9, 1678. Soon afterwards he found himself helping a group of teachers who were looking after poor children in the city 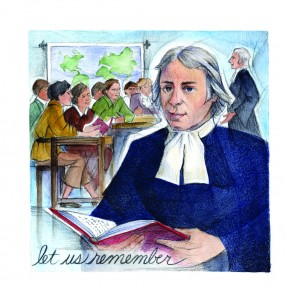 When people could see the good work carried out by these teachers under his management he received requests to open schools in other towns. More young men asked to live their lives as educators like those who were living within his community.

Hearing God’s call to trust him completely, John Baptist gave up everything:
– First his canonry
– Then his inheritance by supplying food to the starving during the famine of 1683 and 1684
– Finally he was as poor as the children attending his schools and as the teachers whom he was now only able to advise to trust entirely in God
– His schools depended for survival on God’s Providence
– John Baptist began to realize that God had been leading him to a role he had never foreseen
– He was to begin a completely new kind of consecrated life in the Church:

The Institute of the “Brothers of the Christian Schools” gradually evolved. This congregation was unique, for its members, though belonging to a religious order, were laymen, who spent all their energy and the whole of their lives educating children, especially those who were very poor.

Of course difficulties started to appear:
– Some of the authorities had no idea what John Baptist was aiming at in his educational endeavours
– Certain priests began to interfere in his work in the schools
– Teachers in rival establishments took him to court because their
– Students had moved over to John Baptist’s Christian schools, where studies were free of charge
– He lost some court cases
– Even some of his friends let him down
– People in power attacked him in an underhanded way and thwarted some of his plans
– Yet in the midst of all this, he resolutely kept his vision on just one goal: the WILL OF GOD
– And God’s Will was in the end accomplished, for when on April 7, 1719 at the age of 68, Our Lord called John Baptist to Himself, the Brothers’ Institute had spread throughout France, and the schools were carrying out excellent work 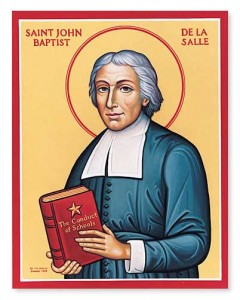 John Baptist’s last words were: ” I adore in all things the guidance of God in my regard”; these words summed up his life.

· John Baptist de La Salle was historically one of the greatest practical pioneers of education for ordinary people, first in France and later in the rest of the world.
· His imaginative ideas, the schools he founded and the reforms he made in teaching completely changed the educational system.
· It was he, for example, who spread the idea of using one’s own language in learning to read and for career training.
· He composed reading books and wrote others for children and families on religious formation and good manners.
· A great contribution of his was the teacher-training manuals and spiritual writings he produced for the Brothers and other Christian teachers.
· John Baptist de La Salle was canonised on May 24, 1900
· On May 15, 1950 Pope Pius XII announced that he was to be known in the future as the:

“Special Patron of all Christian Educators”

To learn about the Patron Saint of all teachers, click here.

Praying Each Day is a website created by the De La Salle Brothers in the UK, where you can find prayer and reflection ideas all year round. The following Prayer for the Feast Day of Saint John Baptist de La Salle on April 7 is from their wealth of resources.